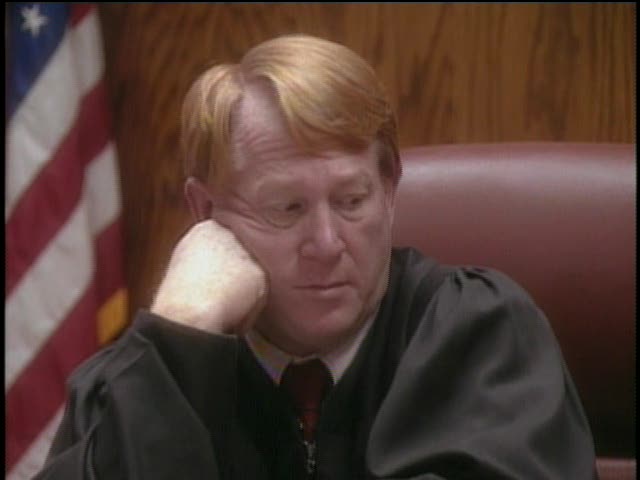 We live in the illusion that these are modern times. We maintain a belief that the accused have rights and can obtain the semblance of a fair trial. Up until 1993, the maximum reimbursement an Arkansas lawyer could receive from the state for representing an indigent client, even one faced with the death penalty, even if the lawyer was assigned to a case against his will, was $100. This allowed the authorities and prosecutors an easy job of assembly line justice, with the court-appointed attorneys often happy or desperate to wash their hands of their clients. Although this cap was removed shortly before this case, the system had yet to adjust. All three defendants were indigent and reliant on state appointed attorneys.

The trials were presided over by Judge David Burnett. In his mid-forties, with fine red hair, his elbow often leaning on the bench, his chin propped up by his hand, he presented a world-weary look. Derisively referred to by some of the West Memphis Police as the "Circus Court Judge," he let his prejudices be known.


Burnett:  I understand that there is some subtle difference between the Wiccans and the occult. But, now what it is, I couldn't tell you. But what I've read in the newspaper that they - one disavows the other, whatever that means.
[later]
Burnett:  I hate to dignify it by calling it "occult testimony," but that the testimony relative to Wicca religion can only be considered for Mr. Echols. If I'm right. What is Wicca, does anybody..?  [Judge David Burnett, in limine hearing during Ridge testimony, Echols/Baldwin trial]


The trials were divided in two, with Misskelley tried first and alone. His trial began on January 26, 1994, a day before the return of the full moon. The prosecution presented a string of witnesses attesting to "negative evidence." There was no blood at the crime scene. There was no physical evidence linking Misskelley to the crimes. A mold was made of a shoeprint at the scene - but its size didn't match Misskelley or any of the defendants. The bruises could have been caused by sticks or any blunt instrument. The cuts could have been caused by any sort of knife. There was no evidence the children were sodomized or that any had been choked.

But the prosecution did have Misskelley's tape recorded confession. The jury heard him say, "I was there" and "the other one took off, Michael Moore took off running and I chased him and grabbed him and held him til they got there and then I left." [Misskelley taped confession, June 3, 1993] The latter statement was Misskelley's only admission to participating in the crime.

Misskelley's lawyers tried desperately to explain why Misskelley confessed. They presented two experts with impressive credentials. Warren Holmes, who volunteered his time, was a specialist in interrogation who had worked on over 1200 murder cases for the government, including the assassinations of John F. Kennedy and Martin Luther King, Jr. An expert in polygraph, he examined Misskelley test results and declared the only lie was when Misskelley denied using drugs.

Dr. Richard Ofshe was a professor of sociology at Berkeley with his PhD from Stanford. He had researched the psychological and sociological methods of persuasion for thirty years, had published five books and numerous articles, and had won the Pulitzer Prize for assisting in the investigation of mind-control tactics of Synanon. In the recent past, he had specialized in false confessions.

The prosecution responded by ridiculing these experts and their credentials.


Fogleman: Then we get to Mr. Ofshe or Dr. Ofshe, as, whichever one you prefer. But Dr. Ofshe or Mr. Ofshe, he can't treat a broken arm, he can't treat your mind, he's not a licensed psychologist, you can't be licensed as a social psychologist. [snip] Just because you come in with a lot of degrees and a Pulitzer Prize. [snip] He's from Berkeley, California and he came and put on a show. [Fogleman closing arguments, Misskelley trial]


At the time the prosecution rested its case, the West Memphis Evening Times ran a story saying, "... the family members sat perplexed as the prosecution presented a procession of expert witnesses who testified that a battery of tests on hair, cloth fibers and other items failed to produce any physical evidence linking the accused to the crime. 'Maybe it's their technique or whatever you want to call it, but I didn't see no logic in it,' [Terry] Hobbs said." [The West Memphis Evening Times January 31, 1994]

Misskelley's tape recorded confession with all of its inaccuracies swayed the jury. He was sentenced to 99 years plus life.